As promised, here is my complete first TinyLetter to read without the pressure of subscription. If you like and are interested you can subscribe here. You can also view the Letter Archive publicly, so this post may be a bit redundant. 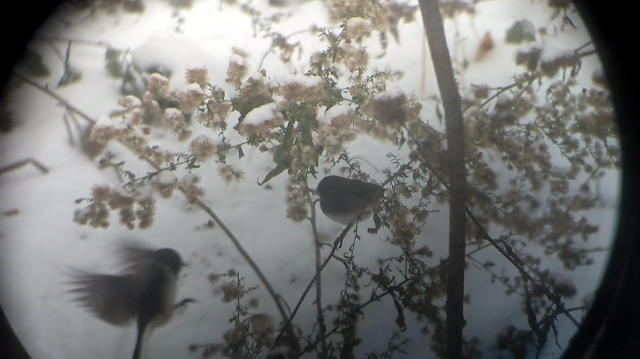 Welcome gentle readers to this inaugural letter of my new project chronicling my filmmaking process.

The idea began as a self-accountability tool; a ritual of checking in with myself. I wanted to ensure that I’m doing the things that I want to do, but for whatever reasons (m-e-n-t-a-l h-e-a-l-t-h), don’t. Even if I’m blasting emails into the void, committing to a public expression of a goal helps me take actionable steps toward achieving it.

I worried that this might seem a bit indulgent as I am, for all intents and purposes, a nobody. However, I’ve been working on my own films for well over a decade. Despite all of this work, I hardly finish or release anything. A quick peek at my Vimeo page reveals this: 4 works published between 2009 and 2019. This of course does not include friend's projects that I've worked on in some capacity. I've also been busy with other stuff. I’ve been working to change my film output and this TinyLetter is part of that project.

By reflecting on my process and ideas in a public forum I also hope to serve a community of other creatives who, like me, struggle with completion.

One of my biggest struggles is to give myself permission to call myself a filmmaker. During the 2019 Milwaukee Film Festival I had the opportunity to spend time with Elegance Bratton, director of the phenomenal documentary Pier Kids: A Life (one of the best films of 2019). When they asked me if I was a filmmaker, I gave an embarrassed, sputtering response. It didn’t feel right to say yes, when I’ve barely released anything into the world during my decade of active film work. When I said, "I edit some stuff," they asked, “have you ever been up all night editing a film? Yes? Then you’re an editor.” [and since I'm name dropping I need to promote their upcoming short film Buck. You can support the work here.]

In 2019 I worked as a film festival programmer for the first time. The experience was overwhelmingly generative. It rekindled the creative embers that had been dampened by my brain. One of the things I discovered through my interactions with festival staff is how many people are working on projects, but many were filled with doubt about their work, just like me. These are brilliant and talented people, many of whom, like me, have struggled to complete a project. Likewise, I was amazed by how many filmmakers whose work I programmed and fell in love with had only recently overcome these struggles themselves. Doubt, negative self-talk, anxiety, depression, all conspire to keep our work unrealized. But when the passion burns alongside an inability to complete, one becomes doubly frustrated. In future letters I hope to speak more frankly on my mental health and its impact on the creative process.

This letter draws inspiration from Agnès Varda. Her final film, Varda by Agnès, is a priceless gift to aspiring filmmakers. One of the masters of cinema lays bare her own processes. She says that filmmaking has three components: imagination, creation, and sharing. Imagination is the work of developing an idea for a film. Creation is the actual process of making it. And sharing is exactly what it sounds like: giving your work over to an audience. Varda stresses this third component as essential to what cinema is. It’s also the part I fear most. What if people think I’m stupid or that my film sucks? What if people write Letterboxd posts as nasty as the ones I have written for films I disliked?

I position this project in the spirit of Varda’s conception of sharing, even though I’m still in the creation part!

Upcoming letters will be limited to a discussion of a specific short film that I’m working on. I’ve given it the working title of Bird Film. It’s comprised of cellphone videos of North American garden birds shot through a pair of binoculars and may incorporate some MiniDV footage from my personal archives. Depending on how the experiment goes, I may shoot new footage with an actual DP and utilize some extensive post-production effects. A more in-depth description will follow in subsequent letters. And when this project is complete, I’ll consider continuing this letter for the next project, depending on readership and my feelings on the experience.

Along the way l'll share work-in-progress clips on Vimeo.

I will also use this space to reflect upon recent viewings and readings that impact my thinking on the process. I had the initial idea of a Work / Watch / Read structure, but I don’t want to get locked in to a rigid format so soon. I’m an Aries sun and a Gemini rising, and rigid structures aren’t my thing (although my Virgo moon is horny for structure). These reflections are part of an intention that I set for myself to read and watch more deliberately and to let go of the compulsion to see everything and have a take on it.

In the upcoming weeks I'll discuss how my shooting style was influenced by a friend of Les Blank's, how Luc Moullet's philosophy of a cinema of poverty drives my work, as well as reflections on Tadao Sato’s Kenji Mizoguchi and the Art of Japanese Cinema (1982), which is the first book I've read in 2020.

Thank you for subscribing and happy creating!

image: Juncos in my backyard, Milwaukee. still from Bird Film (working title).
Posted by Aster at 7:26 AM